What to expect in Saturday’s Theatre Kitchen… 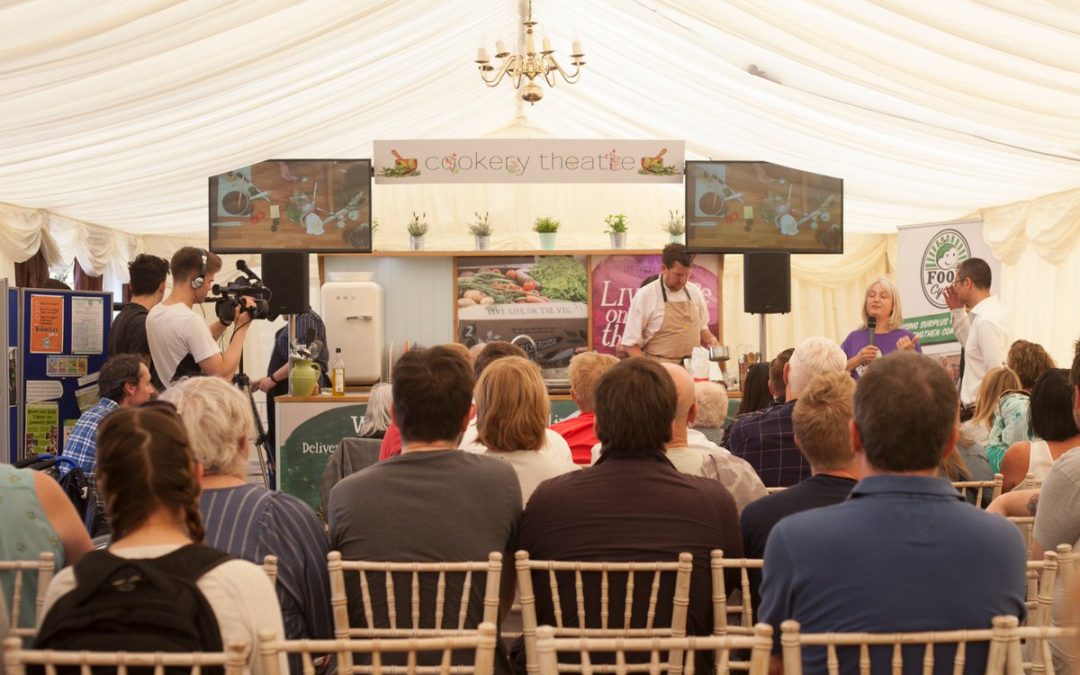 The Demo Theatre Kitchen is a regular favourite at the Sheffield Food Festival. Situated in the Peace Gardens, it has a fun-packed programme for your budding chefs and those with an interest in all things culinary.

Sponsored by Proove, the Saturday is curated by Murray Chapman, founder of A Passion to Inspire. It’s a non-profit making, voluntary initiative, initially developed to bring education and the catering industry closer together.

Here’s what you can expect on the Saturday at the Demo Theatre Kitchen:

11:45am – 12:30pm: SEYMOUR MILLINGTON – MASTER CHEF OF GREAT BRITAIN Local lad Seymour Millington spent the beginning of his career in various five-star hotels and rosette-awarded restaurants, including the luxury Park Lane Hotel in London. Trained at Sheffield College and now a
Master Chef of Great Britain, Seymour currently uses the solid foundations of his work ethic in his role as executive head chef at Chesterfield F.C and will be bringing that ethos to his demo on Saturday, whilst cooking up a storm with some of the best bites of the season.

12:40pm – 1:10pm: TIINA AND LESLIE – BROCCO ON THE PARK The owner of the award-winning Brocco on the Park Tiina Carr will be on hand with Michelin Plate head chef Leslie Buddington to present an aquavit-cured cod with pork-glazed rhubarb, asparagus, broad beans, rye dough and nasturtiums.

1:20pm – 2:00pm: TOM AND ALISTAIR – RAFTERS Co-owners of Rafters Tom Lawson and Alistair Myers showcase a dish which exemplifies how they took the iconic Rafters restaurant to the next level: agnolotti filled with fresh cheese and wild garlic.

3:40pm – 4:15pm: RONNIE – AMBULO You’ll more than likely know Ambulo’s executive chef Tom Aronica (Ronnie to his pals) from his time at the award-winning bar Public, which opened in 2018 in the Town Hall’s old toilets. He’ll be rustling up some roast cod loin with brown shrimp, XO sauce and noisette.

So, don’t miss out on what will be a jam-packed day of culinary learnings, and of course, entertainment from Murray.