Delicious new places to eat in Sheffield this year 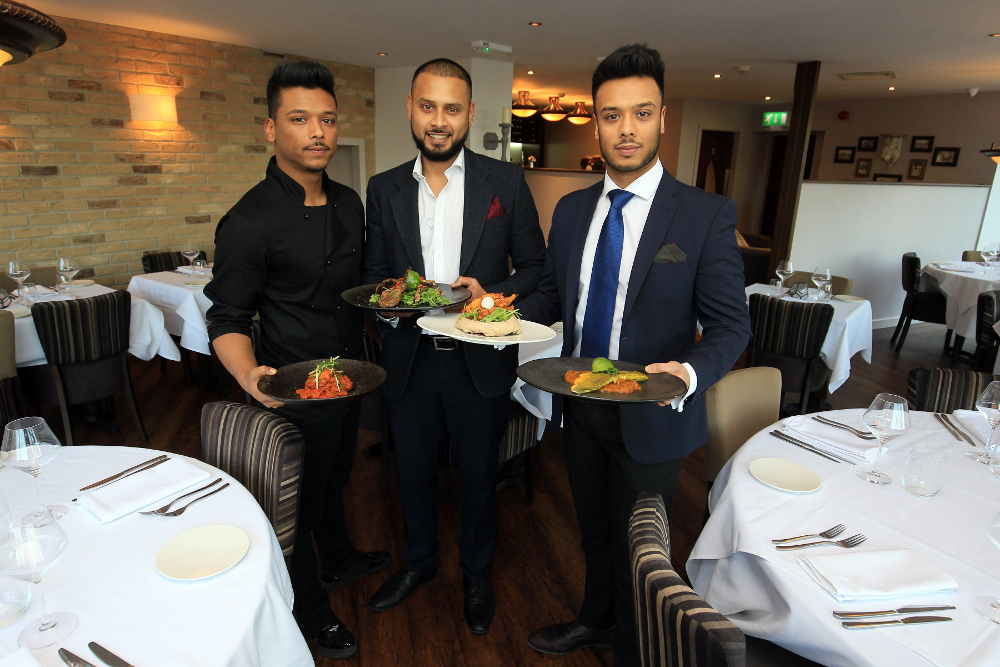 Vibrant and varied, Sheffield’s food and drink scene has welcomed an incredible array of new businesses in the last year. One recent study claims that Sheffield enjoyed an 8.5 per cent increase in the number of independent restaurants over the last three years. And there is certainly plenty to get excited about, from restaurants experimenting with liquid nitrogen desserts to authentic Vietnamese fare.

Eve Kitchen, on Sharrowvale Road, only sells handmade doughnuts – but it often sells out before closing time.
They come with decadent fillings – try the lemon meringue or the chocolate and peanut butter.

Almost next door, you can get a slice for £1 at Porter Pizza. They also deliver to nearby pubs, and the Flamin Nora with ‘nduja and chilli jam is worth shouting about.

Head into town to check out Sentinel Brewhouse, where you can drink freshly brewed beers and ale-themed food. The meaty Scotch eggs with runny yolks, and Sunday lunches, ensure repeat custom.

Now for a first – Make No Bones, on Chesterfield Road, Meersbrook, sells solely vegan food. But everyone can enjoy their tofu fish finger sandwiches and innovative ways with plant based ingredients.

At the other end of the scale, The Botanist in Leopold Square is a chain – but it is good news for Sheffield, which has sometimes lagged behind other cities in terms of big names. Luxury gin cocktails by the forest-themed bar make for a top date night.

The Moor is still undergoing major renovation, with several new restaurants expected there as part of its new cinema, opening in spring. But The Cabin got in there early – and is already serving up stacks of sweet American pancakes and waffles drizzled in maple syrup to diner fans.

Kelham Island was recently named one of the hippest places to live – and there are plenty of places for hipsters to dine. The Bhaji Shop Thali Cafe, which moved there last year, offers Indian inspired food by the riverside. Try their well presented thalis for a bit of everything.

And round the corner hyper-seasonal, hyper-local Jöro wows with liquid nitrogen, Nordic style cuisine and a nose to tail approach. Many of the ingredients have been foraged by the staff, and it is an eating experience you won’t forget. There’s a rooftop bar there too.

Street food is having a moment in Sheffield, with markets such as Peddler and Street City attended by thousands.
The pleasingly named Humpit in the city centre often has lunchtime queues, and takes fresh hummus and pita very seriously. It’s a far cry from supermarket versions of both.

Temporary Restaurant is a great way to combine the catch-me-while-you-can appeal of street food, in a restaurant setting. The pop up showcases the city’s independent food scene – from pies to Mediterranean dishes – by giving businesses a night to sell their fare in an immersive dining experience.

Over in Hillsborough, The Front Room may be next to a tram stop but serves authentic, premium fare inside an all-white space with candles and suit-wearing waiters. Try the lamb keema for searing spice that will set your tastebuds alight.

Lavang, in Fulwood, is also aiming for the high quality Indian market – and getting there. Try out their seriously excellent service, as well as one of the more unusual fish dishes – such as the super soft maachli, topped with zingy strips of orange zest. Unusually for an Indian, they also have excellent wine.

The Waggon and Horses at Millhouses is the tenth Sheffield pub to be opened by True North Co – and has transformed a former bland chain. Try their brunch menu, which includes waffles, eggs and bacon, with a breakfast cocktail before a walk in Millhouses Park.

The Waggon and Horses at Millhouses (c) Sheffield Telegraph

A very recent opening is the new Vietnamese cafe Nam Song in Broomhill, which specialises in authentic coffee with condensed milk, and in the pipeline there’s a new opening called Stew and Oyster planned for Kelham Island.

Here’s to another exciting year of Sheffield food!