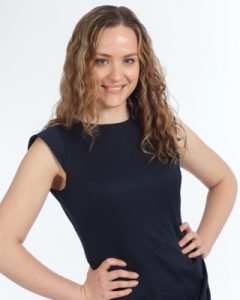 BBC Radio Sheffield’s Kat Cowan will be compering the chef demonstrations in the Theatre Kitchen Marquee from 12 noon to 3:30pm on Sunday 28th May.

Kat Cowan presents Saturday breakfast on BBC Radio Sheffield and every week, as part of the show, she presents an hour of live cooking from her own kitchen at home, inviting chefs from across South Yorkshire & North Derbyshire to do the honours.

The aim is to showcase some of the great independent restaurants and cafes from the region whilst inspiring the BBC Radio Sheffield listeners with exciting new recipes.

So far the show’s featured people like Richard Golland from Street Food Chef, Charlie Curran from the Peppercorn, Luke French from Joro, Howard Middleton from the Great British Bakeoff & Cary Brown from the devonshire Arms, whipping up dishes from Huevos Rancheros to Lobster Thermidor.

Kat was born and grew up in Sheffield, attending Firs Hill primary school and then High Storrs and whilst she loved getting a curry from the Kashmir or Mangla on Spittal Hill, she remembers the city being a bit of a culinary desert when she was younger. Thankfully she says that’s all changed. “I really can’t believe how different Sheffield is now… The food and drink on offer is just brilliant and the best thing is, the change has come from independent businesses. I was so proud when on my show, the people behind the Yorkshire food guide told me that in their opinion, Sheffield is streets ahead of Leeds in terms of indepndent restaurants, cafes and street food sellers. It’s the city’s strength and we need to acknowledge it and support smaller food & drink businesses”