For the Love of Gravy: Bringing Poutine to the Streets of Sheffield 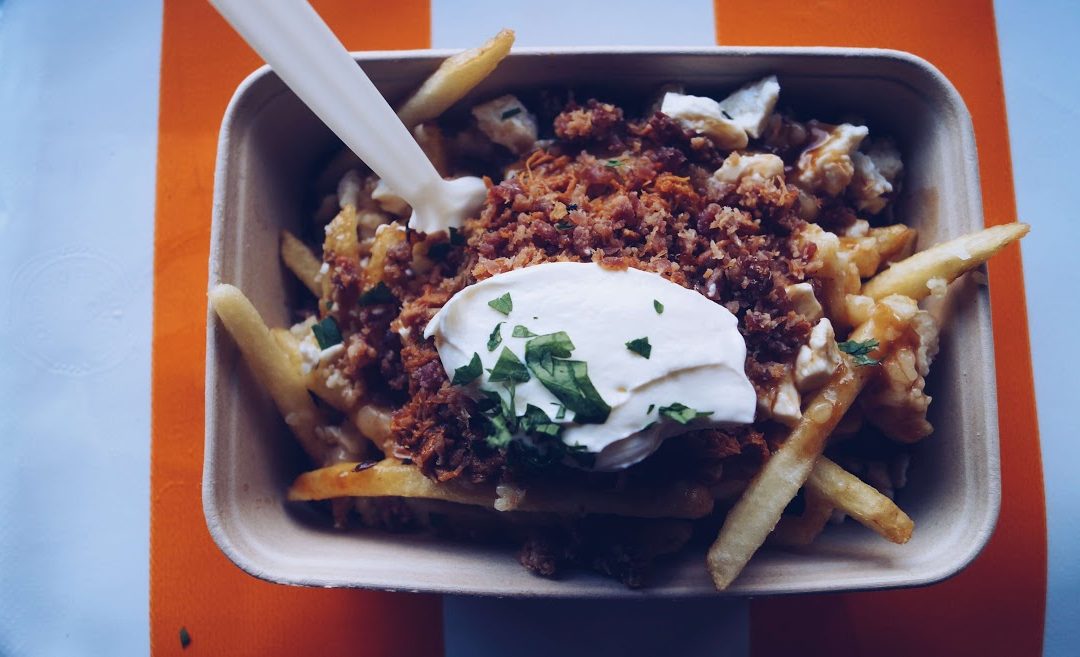 For those in-the-know, you get why ‘poutine’ has become our obsession ever since it first passed our lips back in 2014, when we gallivanted the land we call Canada and ‘The Gravy Train’ was but a twinkle in our eyes. Since it came kicking and screaming into the world (more specifically Quebec way back in the nineteen-fifties) this sultry little number has rightly become a cult classic throughout the motherland and through vast swathes of the US. Contrary to our own well-being, we’ve sampled all kinds of incarnations of Canada’s national dish (which justifiably translates as ‘hot mess’) and since last April we’ve been unleashing our own concoction on unsuspecting tastebuds. So here we are, all the way from Canada’s formidable mountain peaks to Sheffield’s somewhat more humble seven hills, but it could easily not have happened as serendipitously as all this.

When we first ran the idea of starting up a street-food business up the proverbial flagpole we asked ourselves one question: ‘where do the people love gravy?’ And understandably there was only one place upon which we could unanimously agree – Yorkshire. After undertaking hours of high-tech research with help from our friend Google, we were reliably informed that in some circles Sheffield has been dubbed ‘The People’s Republic of South Yorkshire’ due to its championing of small business. With this our minds were made up, we had a hometown but no home, yet. Back to Google…

And here we are nearly two years later having set up GT-HQ in beautiful Sharrow Vale sitting smugly as we reflect on what a ruddy excellent choice we made. Since we threw our arms around Sheffield we have felt the love from all over. From Business Sheffield who helped us get our heads around the legal gubbins, from the council who have chucked us some tasty events this past year, from all the other Sheffield traders who have given us salient tidbits and not forgetting all the lovely people that pop up to the stall to get some grub and a gravy-stained high-five. Self-motivation can go a hell of a way when you have all these guys behind you. Sheffield we love you.

We’ll be down at the ‘Eats & Beats Village’ at the top of Fargate during Sheffield Food Fest May 27-29th May, come say hi.